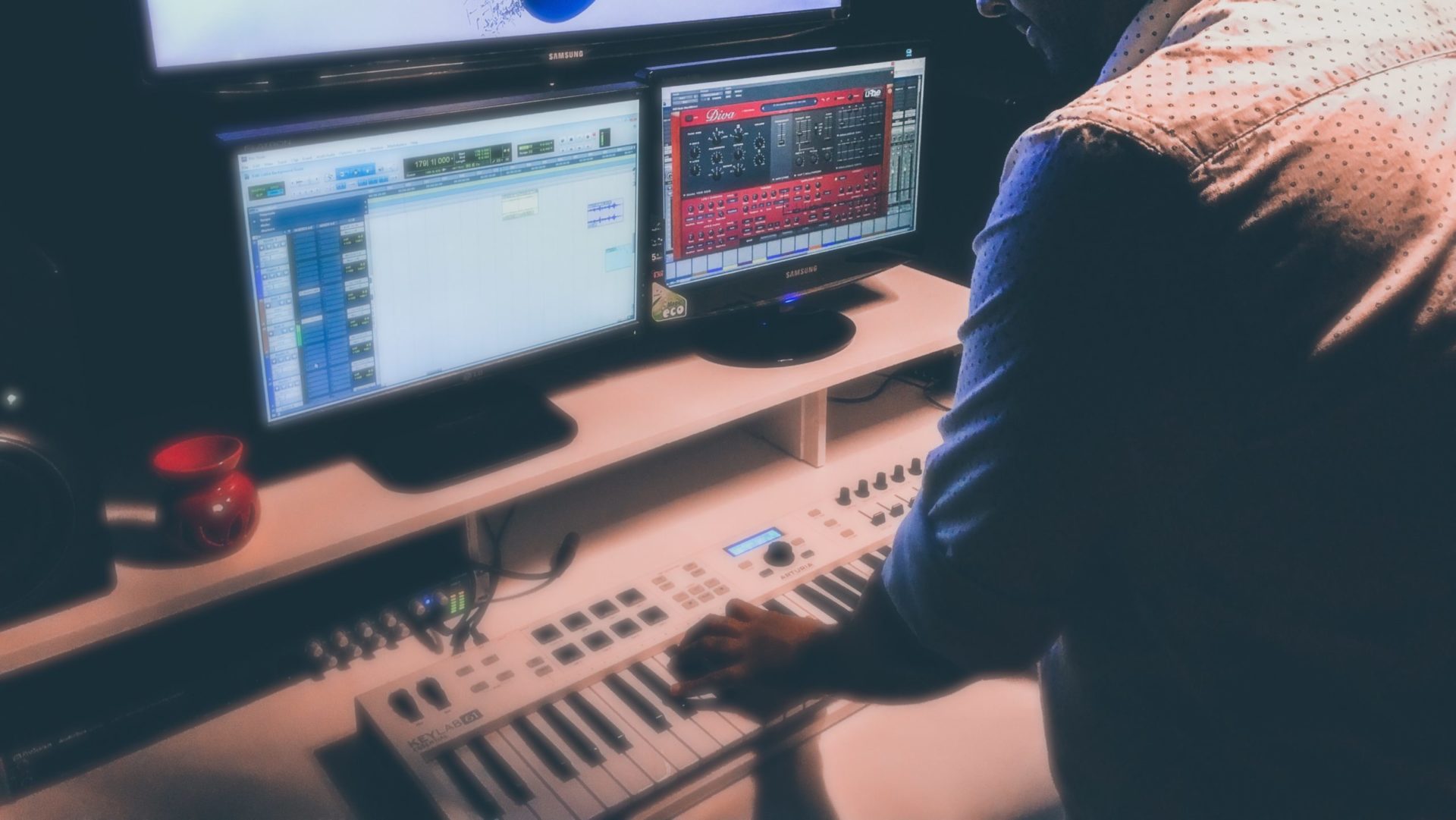 Vijay Siddharth is a Music Composer who specializes in Film, Orchestral and Game Music. With numerous Regional and International projects in his kitty, he also loves making Songs and writing Western Classical pieces.

He is known to create deep, immersive and diverse soundscapes in his film music, where Orchestral, Electronic, Synthesised and Acoustic elements blend together to enhance the drama on screen. He also designs his own sounds and gives keen attention to Melodic, Harmonic and Textural elements, which makes his compositions rich and vibrant.

His desire to explore and exploit his knowledge got him the opportunity to work on many International projects like, ‘The Lost Tribe of Africa – Siddi’ – National Geographic Documentary, and ‘Moving Migrants’ – a documentary set to release on popular OTT platforms. Projects like ‘The Confessor’, which was Produced, Shot and Screened in Germany (INDIEWISE MIAMI FL – Official selection and premiere screening) and ‘ASVINS’, a Horror Pilot Film also came along, which garnered critical acclaim.

He is currently engaged as the Music Composer in two Feature Films in the Tamil Film Industry, which is set to release later this year. He is also working on a sci-fi Pilot film titled ‘Distant’, for which he is composing the background score. Work on his debut album is also underway. Tentatively titled as ‘The Journey’, it revolves around the inner travel of a human being.

The Light In Me - ASVINS (Piano Version)

"In any thriller, the background music adds to the storyline and Asvins gives you that." - (The New Indian Express)